Restart System: This feature restarts the system. A warning message will first appear noting that selecting this feature will temporarily render the system inoperable and asking if you wish to proceed. This feature is only available to the system administrator logged in with the master username and password. 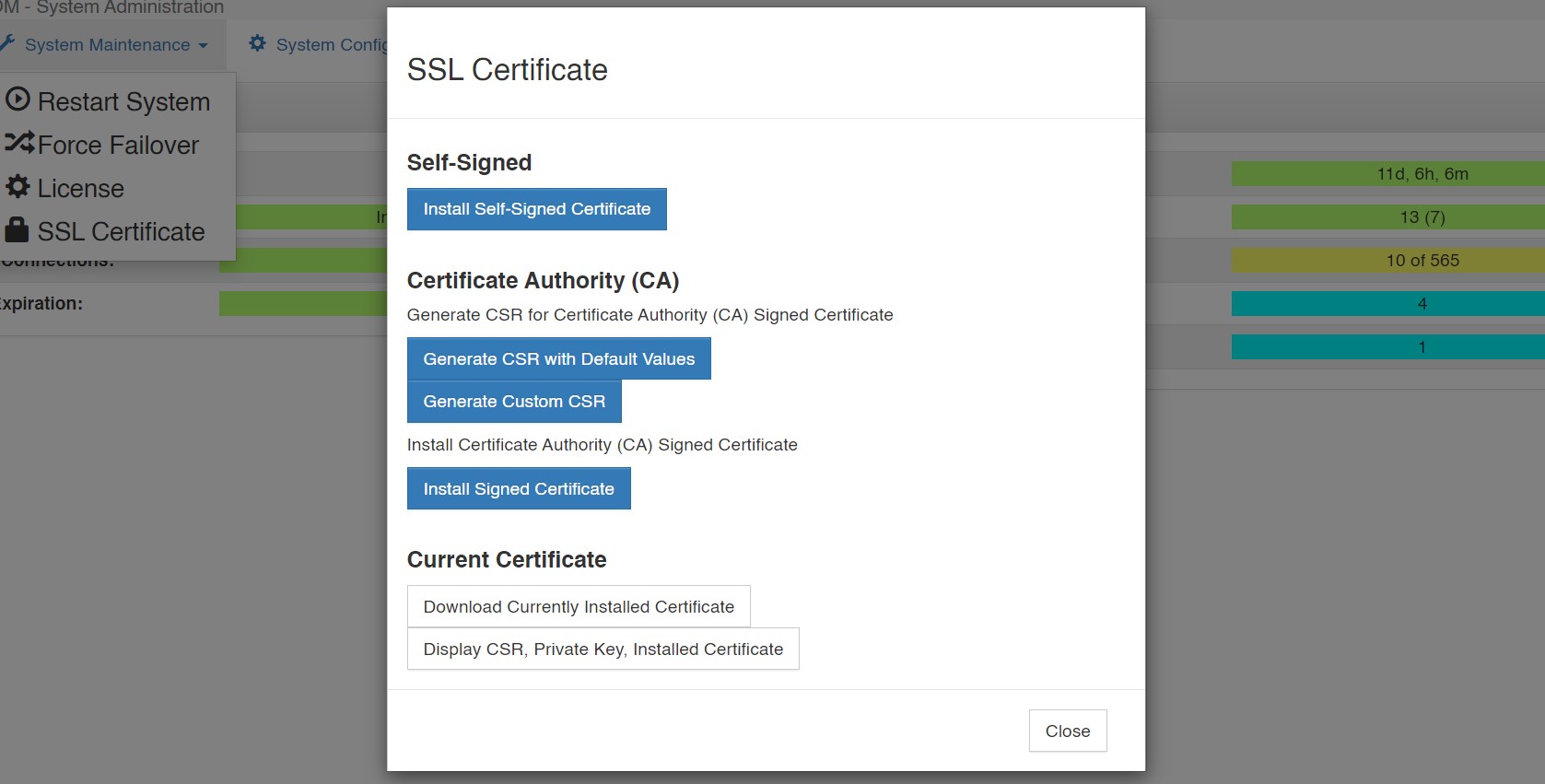 Install Self-Signed Certificate: Generates and installs a self-signed certificate onto the VCOM server.

Generate CSR with Default Values: Prompts the user for the Domain Name(s) with which to generate a CSR to send to a Certificate Authority.

Generate Custom CSR: Prompts the user for Domain name(s), Organization Name, County Name, and State/Province. These values are used to generate a CSR to send to a Certificate Authority.